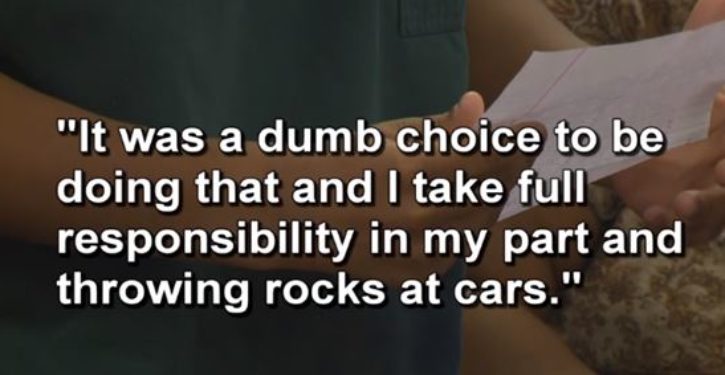 Statement read in court by one of the teens (Image: ABC News video screen grab)

[F]our Ohio teens who pleaded guilty to dropping a sandbag off a freeway overpass that killed a 22-year-old man were given a suspended sentence and ordered to a treatment center on Friday.

Marquis Byrd was the passenger in a vehicle that was hit by the sandbag dropped onto Interstate 75 in Toledo last December. Byrd was left in critical condition and died three days later in the hospital.

All four sentences were suspended by the judge in favor of being sent to Toledo’s Lucas County Youth Treatment Center.