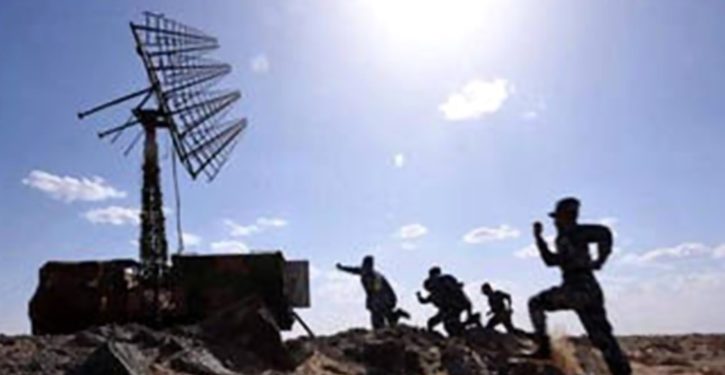 Chinese electronic warfare van of the type said to be deployed to Mischief Reef. (Image: U.S. DOD via WSJ)

[Ed. – Another addition to the arsenal meant to make the South China Sea effectively an extension of the Chinese land mass.]

China has installed equipment on two of its fortified outposts in the Spratly Islands capable of jamming communications and radar systems, a significant step in its creeping militarization of the South China Sea, U.S. officials say.

The move strengthens China’s ability to assert its extensive territorial claims and hinder U.S. military operations in a contested region that includes some of the world’s busiest shipping routes.

The disclosure comes as the Chinese military is conducting what U.S. officials describe as its largest military exercise to date in the South China Sea, maneuvers that include China’s first aircraft carrier as well as air force and ground units.

Great news: Facebook is tracking you even if you’re not on Facebook
Next Post
More great news: David Hogg will take coming year off from school to work on 2018 election