[Ed. – But Trump’s collusion with Russia!]

Facebook and political groups associated with it have reportedly donated to 46 of the 55 members on the House Energy and Commerce Committee, which will question Facebook CEO Mark Zuckerberg next week.

According to a USA Todayanalysis, members on this year’s House Energy and Commerce Committee have received roughly $381,000 in Facebook-related contributions since 2007 with the average Republican getting $6,800 and the average Democrat getting $6,750. The report was based on data from the Center for Responsive Politics.

Committee Chair Greg Walden (R-OR) reportedly received $27,000 while Ranking Member Frank Pallone (D-NY) got $7,000 in Facebook-related contributions. Rep. Anna Eshoo (D-CA), the Bay Area Democrat whose district is reportedly home to many Facebook executives and employees, got the most contributions, receiving $51,050 in the last decade.

Walden and Pallone announced on Wednesday that Zuckerberg will be testifying before Congress next week on “critical consumer data privacy issues.”

Caravan of illegals now receiving legal advice on ‘their asylum rights in U.S.’
Next Post
Libs’ reaction to news that fire had broken out in Trump Tower: ‘Burn, baby, burn’ 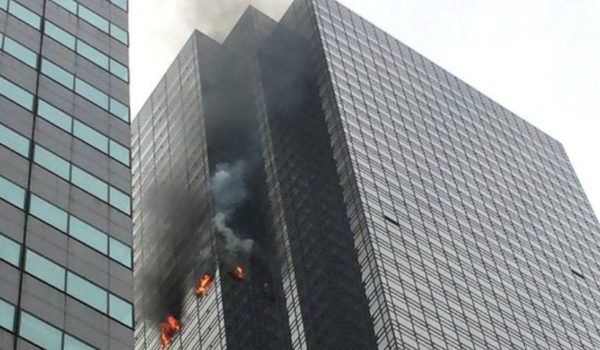