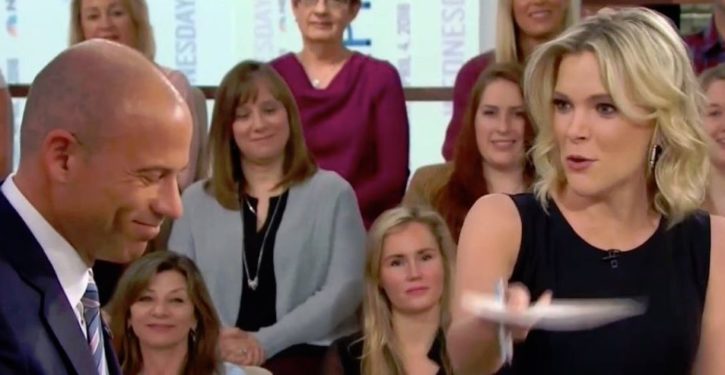 [Ed. – Is Kelly trying to get back into the good graces of the Right, which she abandoned?]

One of Avenatti’s claims is that the hush agreement Daniels signed about her alleged affair with the president is invalid because Trump never signed it. However, Kelly pointed out that the agreement only required either Trump or his lawyer, Michael Cohen, to sign.

Kelly also noted that the agreement required Daniels to turn over any proof she had of the alleged affair, yet Avenatti recently teased a DVD on his Twitter account, implying that Daniels had broken that term of the agreement.

“Well, so you’re saying they didn’t live up to their obligations, and now there’s a question about whether she did,” Kelly explained.

Avenatti and Kelly then got into a debate over whether or not Daniels should return the $130,000 since she detailed the alleged affair on “60 Minutes.”

Caravan organizer to migrants: ‘Trump wants to hit us with nuclear bombs’
Next Post
Chicago gun violence claims 7 lives in one neighborhood in 12 hours