[Ed. – Try ‘he wants to prevent you from crossing a sovereign border illegally’.]

The head coordinator for the 1200 strong illegal migrant caravan marching through Mexico to the United States told the migrants on Tuesday that President Donald Trump want to nuke the caravan.

Irineo Mujica, reported by MPR to be a “native of Mexico, and a longtime permanent resident of Minnesota”, is director of Pueblos Sin Fronteras, the organizer of the migrant caravan. Mujica has been working for years to help migrants travel through Mexico to the United States.

The Washington Post quoted Mujica speaking to the migrants gathered on a soccer field in Matias Romero where the Mexican government has stopped the caravan to process the migrants and give them travel documents.

After days of walking from Mexico’s southern border, the caravan of hundreds of migrants that has drawn President Trump’s Twitter ire has now halted on a brown-grass soccer field, its participants unsure and anxious about the way forward.

The men and women, most from Central America, were squatting Tuesday in a walled public park while government officials decided their fate.

Trump supporters should think twice before applauding ‘Roseanne 2.0’
Next Post
Megyn Kelly tears Stormy Daniels’s lawyer a new one for not returning $130K 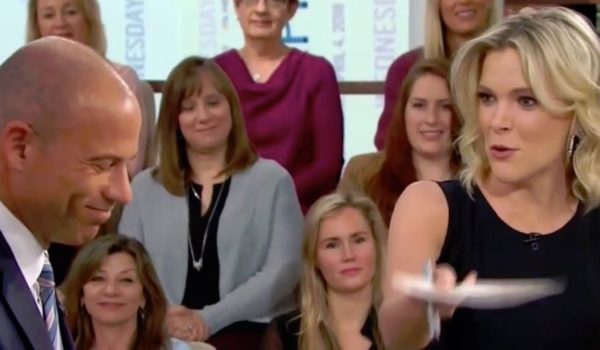