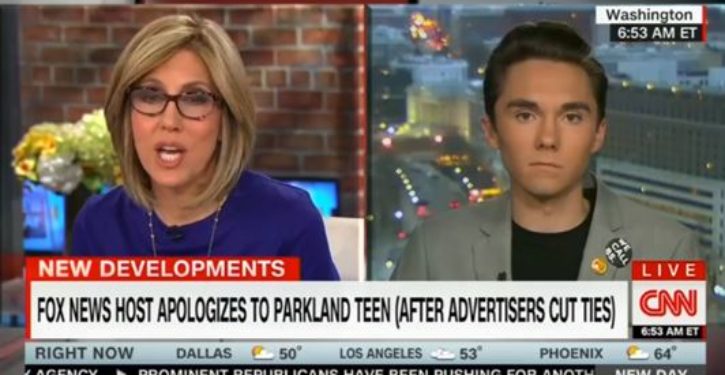 [Ed. – The tone of the national conversation has grown much more intelligent since this kid emerged on the scene.]

To which Hogg replied: “They rejected me about two weeks ago, most of them.”

He mentioned UCLA and UCSD. “The way I explain it is, we have a heavily impacted university system in America, and I think there’s a lot of really good candidates that don’t get into college, and I think it goes to show that regardless of whether or not you get into college, you can still change the world — the hardest part is just believing that you can, and continuing that effort to change the world, because you eventually will.” 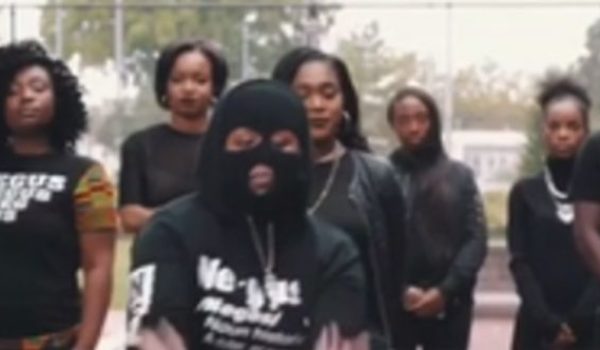 NYPD investigating black member of force who rapped about ‘war’ on white cops
Next Post
What’s the real reason the Second Amendment was created? Larry King has the answer 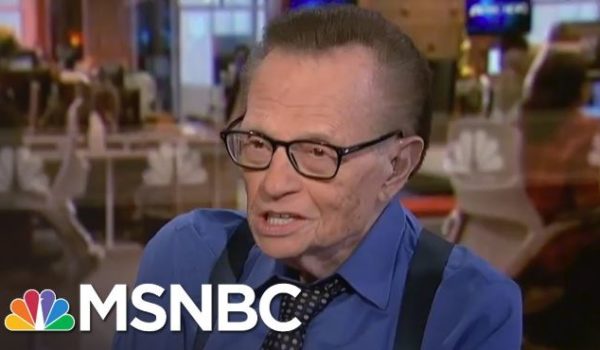