The Outline interviewed David Hogg, a 17-year old survivor of the shooting in Parkland, Florida, who says he is the NRA’s “worst nightmare.” Hogg’s interview was laced with profanity against his detractors, Gov. Rick Scott, the NRA, old people and others.

Hogg said he became an activist because adults don’t know how to “use a f*cking democracy”:

“When your old-ass parent is like, ‘I don’t know how to send an iMessage,’ and you’re just like, ‘Give me the f*cking phone and let me handle it.’ Sadly, that’s what we have to do with our government; our parents don’t know how to use a f*cking democracy, so we have to.”

An edited down version of this clip was removed by YouTube as harrassment after it was linked by the Drudge Report.

Holocaust survivor’s body found burnt, stabbed in Paris home
Next Post
Protesters at Saturday’s march called for ban on assault weapons, but not sure what they are 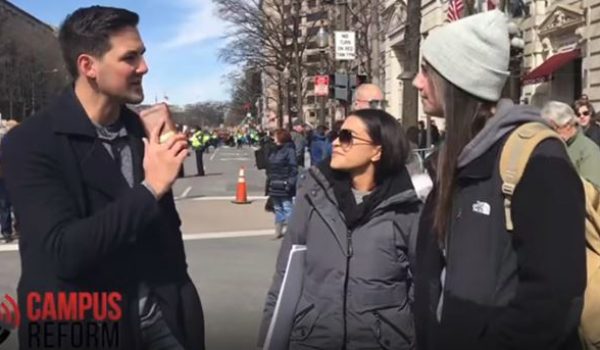