Hillary Clinton wanted desperately to make history by being America’s first female president. Instead, she just broke a different record for a very humiliating reason — and it provides a hint of exactly why she lost in the first place.

Forbes journalist Josh Jordan just pointed out an amazing fact that has been widely ignored by the mainstream media. Based on widely-respected Gallup polling, Hillary is the only candidate known to have dropped in likability after losing an election.

“How unpopular is Hillary Clinton? She was tied for the lowest favorable rating of any presidential candidate heading into the election, and dropped another point after losing,” Jordan posted on Twitter, along with a chart from Gallup confirming this fact. 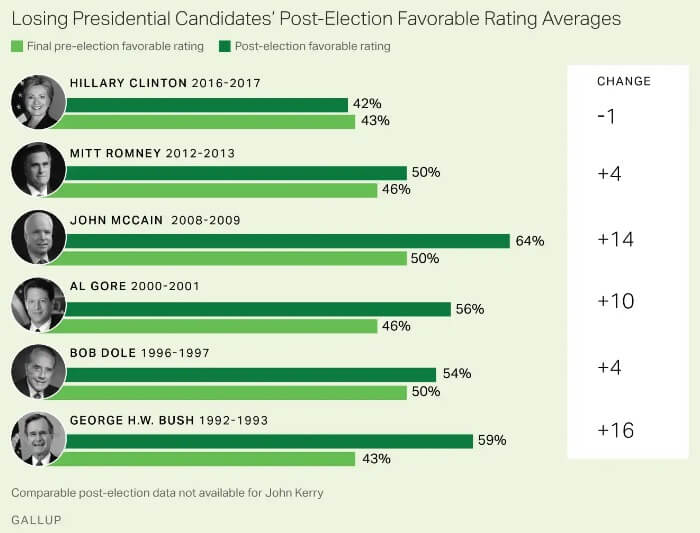