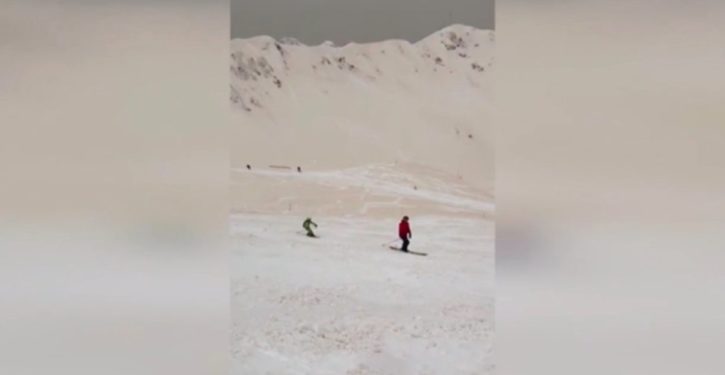 A freak weather incident has struck at least four countries, turning white snow into an eerie orange shade that has left residents terrified about the cause.

Cities around Russia, Ukraine, Bulgaria and Romania have all reported the bizarre orange snow phenomenon, videos of which have quickly gone viral. …

Several witnesses compared the scene to an “apocalyptic scenario” or something that resembled the surface of Mars. …

Experts from the Sochi Centre of Hydrometeorology and Monitoring of the Black and Azov Seas were sent to test the strange sight yesterday.

A spokesman for the centre said the cause of the phenomenon was likely winds carrying sand from the Sahara, which then fell as rain.

Taxpayers spend $1.3 trillion, and all we get is this lousy new rule on restaurant tipping?
Next Post
March for Our Lives: Khmer Rouge, or just Astro Turf?