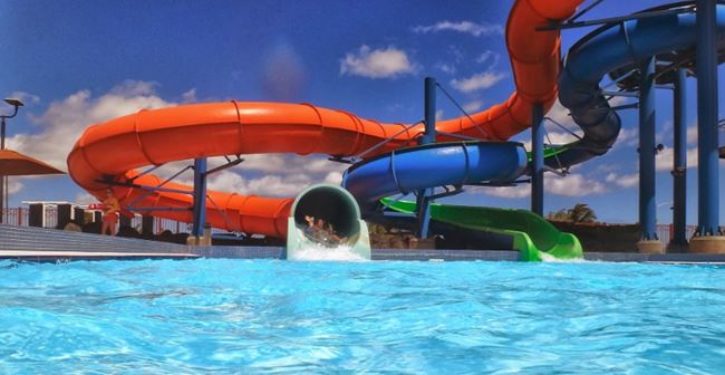 A Kansas waterslide hyped as the world’s highest was a “deadly weapon” that had already injured more than a dozen people before a 10-year-old boy was decapitated on it in 2016, according to a grand jury indictment unsealed Friday that charges the water park operator and an executive with involuntary manslaughter.

Operators of the Verruckt waterslide at the Schlitterbahn Waterpark in Kansas City, Kansas, also knew that the raft Caleb Schwab and two women used during the deadly accident was prone to go faster and become airborne more than others. It was removed twice in 2016 but quickly put back into circulation, the indictment says.

“The ride was never properly or fully designed to prevent rafts from going airborne,” the indictment said.

The waterpark and Tyler Austin Miles, 29, a former operations director at the park, were indicted Friday on involuntary manslaughter and several other charges in Caleb’s death. The indictment alleges that a company co-owner and the designer of the Verruckt rushed it into use and had no technical or engineering expertise related to amusement park rides.