[Ed. – I think most of you are smart enough to realize without being told that the point of these articles is to just keep saying “Trump” and “psychiatric breakdown” over and over, to establish that as a theme in our minds.]

With reports that a giddy commander in chief is running around the White House like a kid freed of any adult supervision, having dispatched every moderate who hasn’t resigned in hopes of saving a shred of his integrity, Donald Trump now appears to be in a state of mania as he escalates his efforts to bolster his fragile ego before he goes into the cage with special counsel Robert Mueller—or fires him.

This was exactly what the contributors to the book The Dangerous Case of Donald Trump warned about six months ago. The psychiatric professionals who contributed to the book have monitored and come to know Trump’s character better than most clients they have treated or people they have interviewed. As the special prosecutor’s noose tightens around the president and his cultish family, it is increasingly clear that he is an imminent danger to the public, and this impinges on professionals’ duty to society. Sheehy wrote about the book and its genesis in these pages last October (Sheehy and Sword also contributed to the book).

Lawmakers with experience as prosecutors or foreign affairs experts are sounding red alerts about how far out of control is this tormented tweeter. 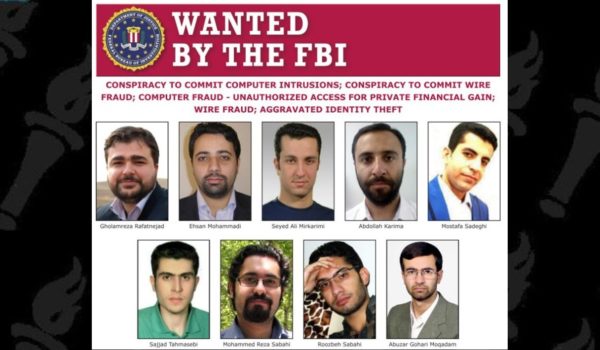 U.S. charges 9 Iranians in massive hacking scheme
Next Post
Taxpayers spend $1.3 trillion, and all we get is this lousy new rule on restaurant tipping?