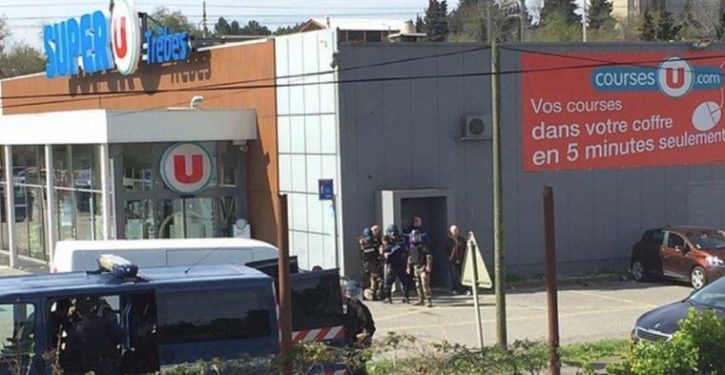 [Ed. – The sobering fact is that no lesson has been learned in the three years since the Charlie Hebdo attacks, which also included a supermarket.]

A gunman who reportedly claimed ties with the Islamic State stormed a supermarket in France Friday morning, killing two and injuring about a dozen others, according to police.

The attacker is still in the supermarket, but it is not immediately clear if he is holding any hostages, a spokesman with the national police told the Associated Press.

Initial reports indicate the shooter killed the butcher at Super U Trebes in Aude, France before opening fire on a group of police officers returning from a jog, then barricaded himself inside the supermarket.

All information suggested it “seems to be a terrorist act,” Prime Minister Edouard Philippe said.

“Police Intervention underway at #Trèbes in the #Aude. The priority is to the intervention of the police and relief forces. More information to come on this account, do not broadcast rumors,” the Interior Ministry of France posted on Twitter. 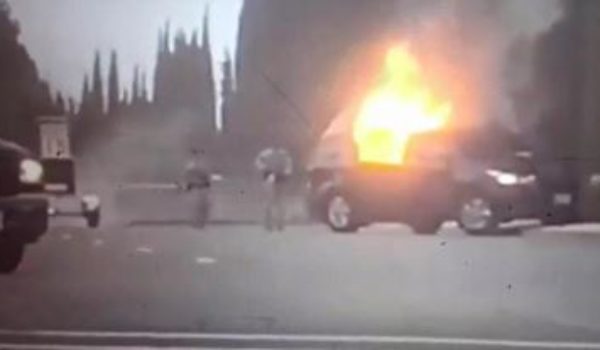