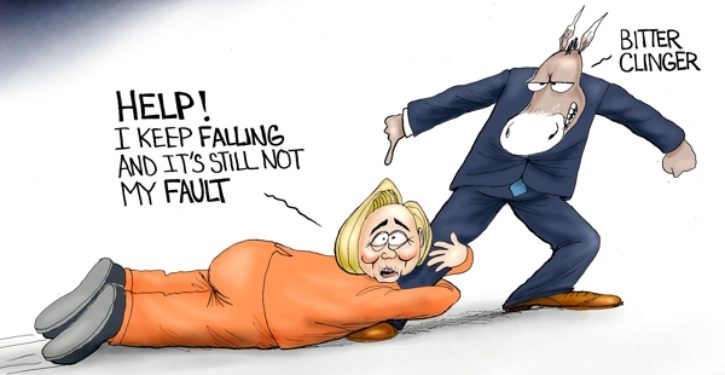 Hillary Clinton was quick to shoot down the prospect of Ivanka Trump becoming the first woman president of the United States when asked about it on Dutch TV last week.

“No,” she said, shaking her head. “No, we don’t want any more inexperienced Trumps in the White House.”

KRO-NCRV host Eva Jinek pushed back against Clinton’s denials. “I think that normally I would like to believe what everyone is saying, but I’ve also learned after these elections that sometimes things that we don’t expect to happen, sometimes do happen,” Jinek told the former presidential hopeful.

But Clinton maintained that it was unlikely.

“Well, that’s true but you know, fool me once shame on you; fool me twice, shame on me. And I think the American people have seen for themselves what happens when a reality-TV candidate wins,” Clinton said. “I really believe there’s an enormous amount of pent-up energy to take the country back from the Trump administration.”

The scandal behind the Florida school shooting is about federal coercion, not guns
Next Post
Questions still swirl around Robert Mueller’s Boston past