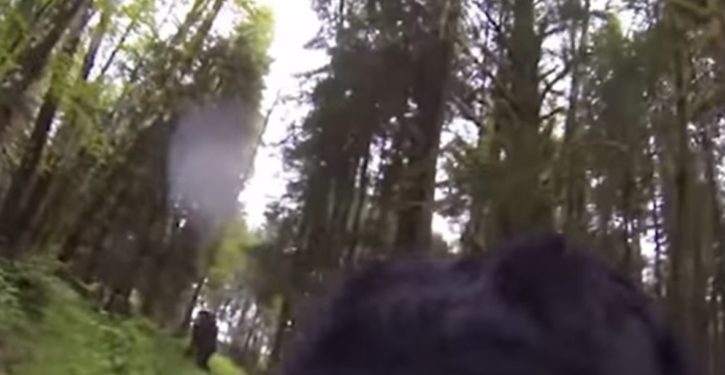 [Ed. – I guess it IS rather unsporting of California to decline to recognize her sighting.  There may be no established basis for officially recognizing Bigfoot sightings, but it seems like we could issue her a vaguely-worded certificate or something.]

“I swear to God, on my life, we ran into a Sasquatch,” Ackley said.

The mother then placed a phone call to California’s Department of Fish and Wildlife, which sent an official to investigate the situation. When Ackley showed the video to the official, the official told her that she saw a bear.

“They’re supposed to be there to protect the public. They’re not doing their jobs,” Ackley said of the state agency. “If I can save one life, it will be worth it.”

“I realized at that point, looking at the creature, that there’s so much of life that we don’t know. Life is so beautiful, and I’m wasting my years,” she added. “I lost 125 pounds and decided to get a divorce . . . It motivated me to chase my dreams and live my life.”