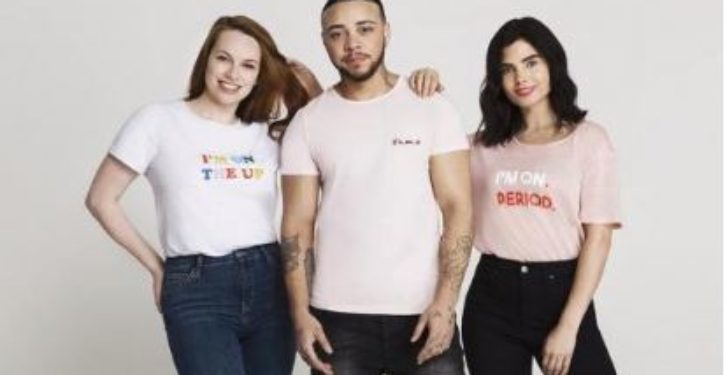 Jones (center) and two other models (Image via The Independent)

[Ed. – How courageous (or something)]

A transgender male model has been announced as the face of a new campaign aiming to challenge the stigma around periods.

Jones, who was christened Kelsey, has spoken out about how he suffered with his periods when transitioning at a young age – he was 14 when he came out as trans and 16 when he shaved his head and changed his name.

Before he started taking hormone blockers at the age of 17, the north west London-based model still had periods every month.

“During my transition I did have to deal with experiencing periods each month and many of the negative stereotypes that can come along with it,” Jones said. “Assuming periods are inhibiting to people tends to perpetuate period shame even more, and makes people even more reluctant to talk about them.

“I always found the fact that no one seemed to openly talk about periods quite difficult and made me want to hide mine even more. That’s why I wanted to be involved in the I’M ON campaign. 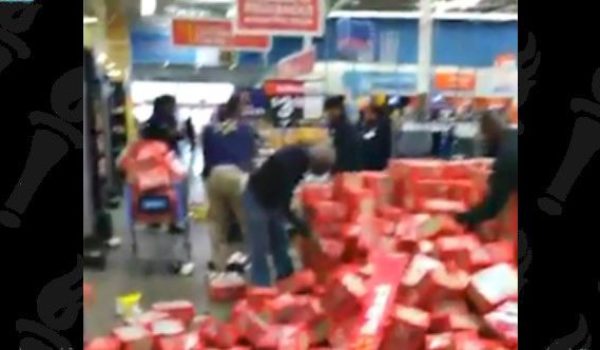