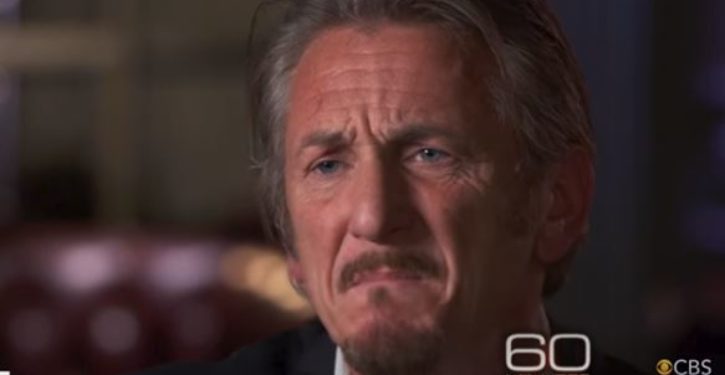 Sean Penn is no fan of Donald Trump. Recently the brooding actor/director called the President “the enemy of mankind … and every newborn child.” With this level of contempt for Trump it gets downright disturbing that Penn just wrote a novel in which he fantasizes about assassinating the president. Don’t worry, Penn is a liberal so this is not a threat, but rather a healthy expression of his 1st Amendment rights.

Last year Penn released an audio book called “Bob Honey Who Just Do Stuff” under the pseudonym “Pappy Pariah.” He liked it so much that he expanded it and is releasing in written form using his own name.

The basic deal is the main character, Bob Honey, is a dumb white blue collar guy who voted for a president named “Mr. Landlord” who is supposed to represent Donald Trump. Bob Honey is a septic tank cleaner and part-time assassin who feels betrayed by the Trump-esque Mr. Landlord’s broken promises. Honey ends up in a mental institution and writes a letter to the president, and this is where we see Sean Penn’s not-so-hidden desires.