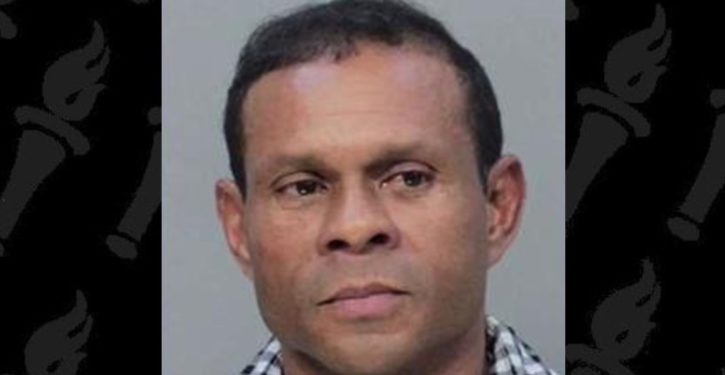 [Ed. – As Daniel Greenfield documented in November, Solano was angry that his “temporary protected” immigration status was ending.  Victims of Hurricane Mitch in 1998 had had their TPS extended multiple times, but Trump decided to end it.  (Greenfield has 1999, but that’s the year TPS was awarded, not the year the hurricane occurred.)]

A Honduran national living in Miami—Vicente Adolfo Solano–has pleaded guilty to “attempting to provide material support to the Islamic State of Iraq and al-Sham (ISIS)” after the Federal Bureau of Investigation surveilled him as he tried to carry out what he thought was a plot to bomb a Florida shopping mall.

“According to the stipulated factual basis filed with the Court, in early 2017, Solano told an individual, who later became a Confidential Human Source (‘CHS’) for the government, that he was upset with the United States and wanted to conduct an attack in Miami,” the Department of Justice said in a statement released today.

“Later, Solano told this CHS that he wanted to join ISIS,” said DOJ.

“Solano planned to place and detonate an explosive device in a crowded area of a popular Miami mall,” DOJ said. “Solano discussed his plot with the CHS and two undercover FBI employees.”

Here’s one man who 4/4ths doesn’t care about Stormy Daniels
Next Post
Your Friday mass insanity round-up, including a company forced to rehire a radical extremist