In little-noticed news outside the Middle East, the Trump administration, led by son-in-law Jared Kushner, brokered a historic meeting regarding the situation in the Gaza Strip. According to The Jerusalem Post, the attendees included officials from Saudi Arabia, Egypt, Jordan, Qatar, Bahrain, Oman, and the United Arab Emirates, as well Israel, Canada, and European countries. That means that virtually every major regional power acting in counterbalance to Iran attended the meeting — and that the Palestinians boycotted it, once again demonstrating that they care less about the humanitarian crisis striking their citizens under the rule of terrorist group Hamas, and more about posturing regarding supposed Israeli intransigence.

Jason Greenblatt, Trump’s special representative for Middle East negotiations, stated, “We regret that the Palestinian Authority is not here with us today. This is not about politics. This is about the health, safety and happiness of the people of Gaza, and of all Palestinians, Israelis and Egyptians.”

This is the first White House event of this sort, ever. 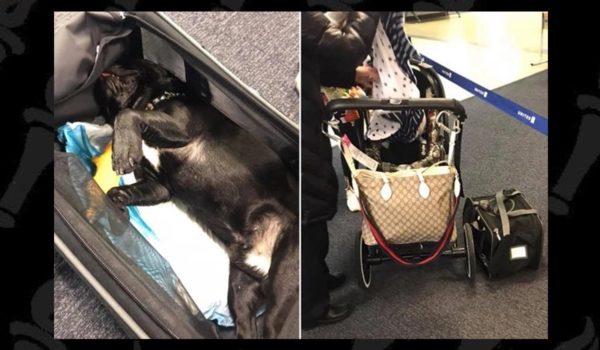 United attendant forced passenger to put dog in an overhead bin. It didn’t turn out well
Next Post
Misleading semantics on ‘800+’ who evaded arrest in Bay area sweep