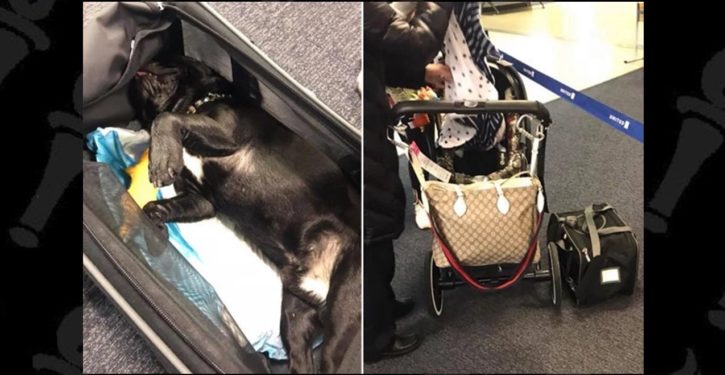 [Ed. – Not the way to get through your Tuesday, I know. What an awful story.]

On Monday night, a dog died in a plane after a United Airlines flight attendant forced the dog into an overhead bin. …

The Points Guy reports that during their flight, an attendant insisted that the woman put her dog, which was held in a TSA-approved pet carrier, in an overhead bin for the rest of the flight.

Passengers heard barking during the flight, but didn’t learn that the dog had died until the flight was over.

“There was no sound as we landed and opened his kennel,” passenger June Lara writes in a Facebook post. “There was no movement as his family called his name. I held her baby as the mother attempted to resuscitate their 10 month old puppy.”