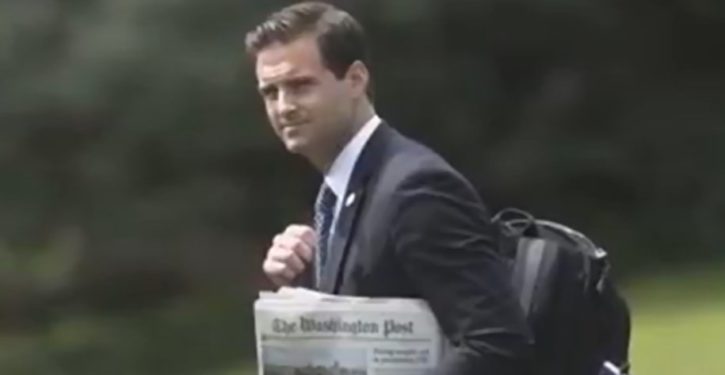 President Donald Trump’s personal assistant, John McEntee, was fired and escorted from the White House on Monday after being denied a security clearance over financial problems in his background, according to senior administration officials and people close to the former aide.

People close to Mr. McEntee said problems related to online gambling and mishandling of his taxes prevented him from gaining the clearance necessary for the role. The Secret Service is investigating Mr. McEntee for those issues, according to a law enforcement official. …

On Tuesday morning, less than a day after Mr. McEntee’s ouster from the White House, the Trump presidential campaign announced he would join the 2020 effort as a senior adviser for campaign operations.