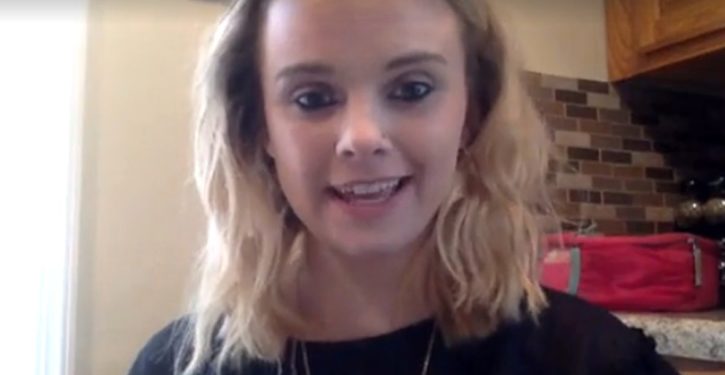 [Ed. – Folks are being commendably skeptical about the claim by the (now fired) Virginia state social worker.  But a little oddly so, considering that in other circumstances we’re supposed to believe the women implicitly, and not wait for evidence or due process of law before condemning and denouncing everything in sight — especially men whose politics we don’t approve of.]

[Storm] Durham told her supervisors that she was a concealed carry holder when they asked her if there was any domestic violence in her home when they found out she and her boyfriend are gun owners. She suspects they found out through social media; she’s a brand ambassador for hunting and fishing.

This is not a confirmation of her story, just a video providing more details from her side of it. We’ll be keeping you updated if this was a gross violation of constitutional rights or if we’re being taken for a ride.  …

Storm Durham posted on Facebook yesterday describing how three Roanoke police officers escorted her out of the office upon termination. She said some of the officers had accompanied her on child services visits. Durham was also not allowed to use the bathroom on her way out due to safety concerns. On Twitter, Durham said that she’s seeking lawyers to fight this. …

Durham said that she never brought her firearm to the office, and that she bought one for self-protection being a survivor of sexual assault.