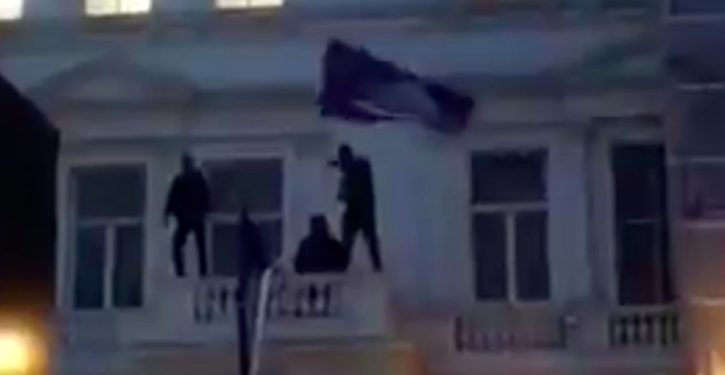 Protesters on the balcony of Iran's embassy in London, Mar 2018. (Image: Screen grab via ToI, Twitter)

[Ed. – This is a bit more than mere protesters, as Westerners would understand that. The individuals are seen in dark clothing and masks, and Iranian reporting calls them members of an “extremist cult,” living in the UK and opposing the regime in Tehran.  They are said to have brandished machetes and baseball bats, although they didn’t get inside the embassy building itself.]

Four protesters were arrested after gaining access to the balcony of the Iranian embassy in London on Friday, police said, prompting a complaint from Tehran about security at the building. …

At around 6.40 pm (1840 GMT) all four men were arrested on suspicion of criminal damage and being unlawfully on diplomatic premises.

“All four people have been taken to a central London police station. They remain there in custody,” the spokeswoman said.

It is understood the protesters did not manage to get inside the building.

Job crush! Over 300,000 added in February 2018, beating expectations; participation rate climbs
Next Post
Scientists have just discovered form of ice not known to occur on Earth – trapped in diamonds 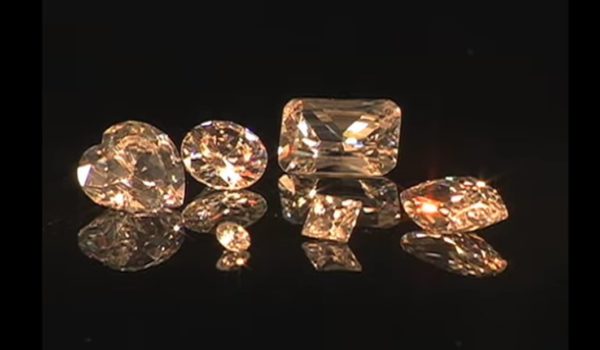