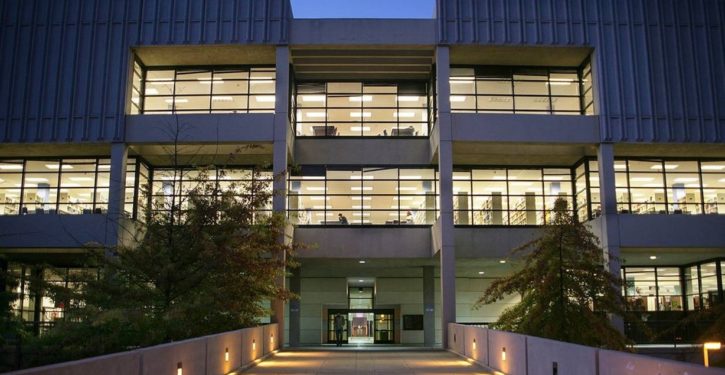 It seems like such a nice place. Cal State Sacramento's university library: Sneeze at your own risk. (Image: CSU-Sacramento via Sacramento Bee)

[Ed. – We thought it was a big deal to sneak a pizza into the university library when pulling a group-study all-nighter.]

A fight broke out on the second floor of the library Tuesday night, police confirmed. Witnesses said two people began arguing and eventually got into a fight shortly before 8 p.m.

According to Sacramento State student Timothy Nguyen, someone studying near the windows sneezed, and another person sitting nearby told him he needed to leave so he wouldn’t get other people sick.

Nguyen said the two started staring at each other, and after a while one of them got up and asked the other, “Do you want to go? You want to take this outside?”

A few moments later, Nguyen said, they started aggressively shoving each other.