Conservative Jewish columnist Bethany Mandel published an op-ed in the New York Times on Monday in which she discussed her experience being threatened and buying a gun to protect her family, and in response, a gun-control activist called her out on Twitter for her white “privilege.”

In a piece titled, “I Wanted to Be a Good Mom. So I Got a Gun,” Mandel described recieving threats from neo-nazis and the alt-right during the 2016 presidential election season, even getting her home address posted on the Daily Stormer, a neo-Nazi news site.

“I was given a reason to feel that I needed to defend myself and my family. And I acted on it,” Mandel wrote.

Shannon Watts, founder of Moms Demand Action, a group associated with the Michael Bloomberg-bankrolled gun-control advocacy group Everytown, took issue with the op-ed and particularly with the fact it was featured with a photo of a woman of color.

Chelsea Clinton presents herself as #MeToo advocate, but isn’t she forgetting something?
Next Post
DREAMers protest outside DNC in Washington, call Dems ‘fake allies’ 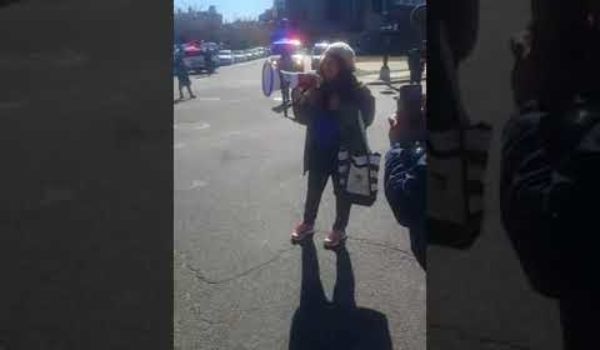