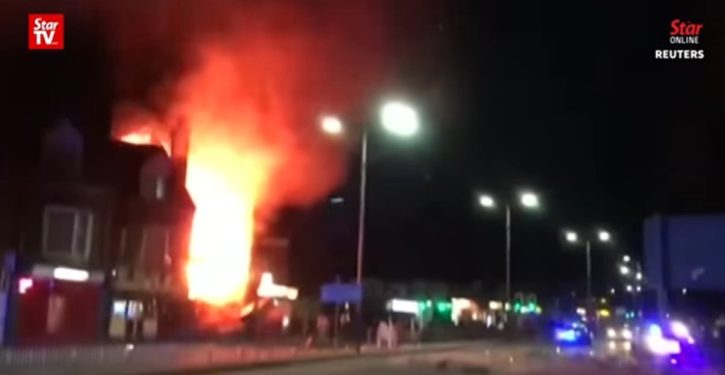 [Ed. – This happened a week ago, and police rushed out at the time to say it had no link to terrorism.  Jihad Watch is dubious about that.  It’s worth asking the question whether the police would be more likely to call it terrorism if the perps were NOT obviously Muslims.  With three charged and two more being questioned, it’s clearly a conspiracy.  It fits the profile of either terrorism or organized crime, but not motive-less punkery.]

British police investigating a shop blast a week ago which killed five people in the central English city of Leicester, said on Saturday they had charged three men with manslaughter and arson with intent to endanger life.

The five died when a blast ripped through a Polish convenience store and a home last Sunday, turning the building into rubble.

Police said in a statement they had charged three men over the case: Aram Kurd, 33, from Leicester, Hawkar Hassan, 32, from Coventry and Arkan Ali, 37, from Oldham.