[Ed. – Actually, reviewer Josephine Livingstone calls it “an insipid disaster.”  But one hates to headline such words about something one hasn’t witnessed in person.  What interests me more is that Livingstone, without apparent irony, concludes that director Raoul Peck’s treatment of Marx’s younger years isn’t the source of inspiration that Marx fans were hoping for.]

The political content of the movie is nowhere near sophisticated enough to maintain its interest as a story about human beings. Showing Marx bargaining over the price of a cheap cigar tells us nothing about his understanding of political economy, just that he didn’t have much cash in his pocket. There’s a running gag about how Marx and Engels’s 1845 book The Holy Family was originally supposed to be called Critique of Critical Criticism, or Kritik der kritischen Kritik. This is just about funny to earn a laugh once. …

You have to know enough about Marx’s writings to invest in the sentimental buddy flick that’s passing before your eyes. But if you don’t bring that knowledge to the cinema in your pocket, you will neither care nor learn. …

I thought about seeing Marx’s grave in London as a kid, how big and stern and magical he seemed then. But there were audible yawns as The Young Karl Marx plodded through its two hour run-time, my own among them. For these people who had come to learn about the details of Marx’s life before he became the man who shaped theirs, limp conversations about “exploitation” just didn’t cut it.

Reminder: Massive foreign spending (by Soros) seems to have worked – for Trudeau in Canada
Next Post
UK: 3 charged in shop blast that killed 5 in Leicester 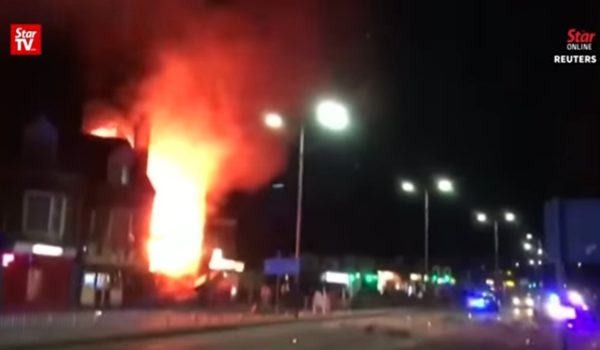