[Ed. – The average Walmart shopper is a white, 50-year-old female with an annual household income of $53,125. This decision may turn out to have grave consequences for the chain.]

On Wednesday, Walmart announced that it would no longer sell guns or ammunition to anyone under age 21 “in light of recent events.”

In a statement on its web site, Walmart also said it was “removing items from our website resembling assault-style rifles, including nonlethal airsoft guns and toys.”

The Arkansas-based retailer, a fixture of small-town and “Red” America, is not the first corporation to change its rules on selling guns or ammunition in the wake of the mass shooting at Marjory Stoneman Douglas High School in Florida, which authorities say was committed by a 19-year-old ex-student who acquired a semi-automatic AR-15 legally.

Dick’s Sporting Goods announced Wednesday that it would no longer sell “assault style” sporting rifles  or high-capacity magazines at its stores.

Dick’s cited the fact that Douglas High suspect Nikolas Cruz had legally purchased a shotgun at one of its stores, though authorities say he didn’t use it in the shooting spree. 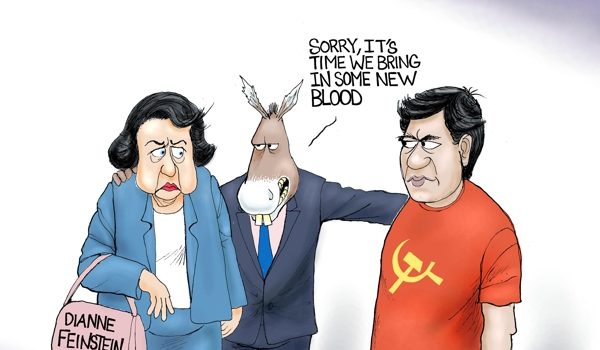 Cartoon of the Day: Too old-school
Next Post
Louis Farrakhan reveals DNC chair Keith Ellison was member of Nation of Islam, left to enter politics