Nation of Islam leader Louis Farrakhan, in remarks to his organization, revealed that Deputy Chair of the Democratic National Committee (DNC) Keith Ellison was a member of the anti-semitic group in the 1990s.

“Keith [Ellison] was in the Nation in 1995. He was selling the Final Call newspaper, a beautiful brother,” Farrakhan said.

The controversial figure told his gathering that Ellison wanted to become a congressman and had to disavow Farrakhan. “When you want something in this world, the Jew holds the door,” he said.

“He wanted to help his community. He wanted to be a congressman, so when the Jews found out that he was in the Nation [they demanded he denounce Farrakhan],” the Nation of Islam leader claimed.

Farrakhan then shared a photograph of Ellison promoting Nation of Islam publications and protesting with anti-Semitic extremists.

Walmart raises minimum age to purchase guns, ammunition to 21
Next Post
Dem rep says only rich people should have guns 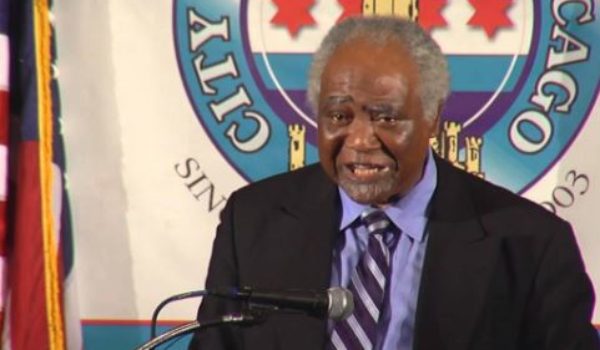