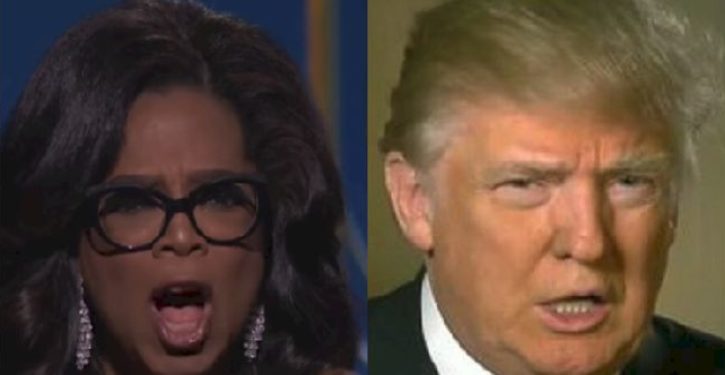 [Ed. – Vice President Mike Pence could not be reached for comment.]

There’s only one thing that could make Oprah Winfrey run for president in 2020.

Amid calls for her to consider a run for the White House — from fans as well as her closest friends — “I went into prayer,” she tells PEOPLE in the magazine’s new cover story. “ ‘God, if you think I’m supposed to run, you gotta tell me, and it has to be so clear that not even I can miss it.’ And I haven’t gotten that.”

The media mogul and star of the new movie A Wrinkle in Time found herself in the political spotlight after her inspiring speech at the 2018 Golden Globes while accepting the Cecil B. DeMille Award. Winfrey had the crowd of Hollywood’s biggest stars on their feet and in tears with her moving words and promise that “a new day is dawning.” She was surprised to hear the immediate response the rest of the country had.

“When I walked off with Reese [Witherspoon], I thought, ‘I got that done,’” she says. “It wasn’t until I was back in the press room that they said, ‘Do you realize you’re trending?’”