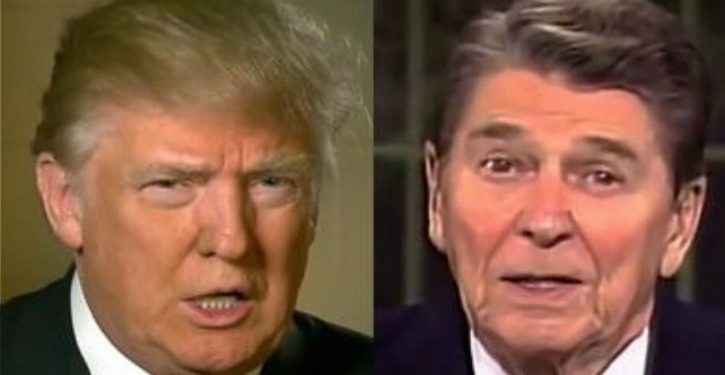 [Ed. – Let’s remember that Reagan had to deal with a Democratic House of Representatives, along with a similarly narrow GOP majority in the Senate, which was only installed at the same time Reagan took office. His obstacles on the Hill were higher than Trump’s in some ways.  But it’s still an impressive set of accomplishments for Trump – if also a reminder that presidents today can do far too many things that affect our lives, simply by taking executive action.]

With unprecedented speed, the Trump administration has already implemented nearly two-thirds of the 334 agenda items called for by the Heritage Foundation, a pace faster than former President Reagan who embraced the conservative think tank’s legendary “Mandate for Leadership” blueprint.

Thomas Binion, director of congressional and executive branch relations at Heritage, said that Trump has implemented 64 percent of the “unique policy recommendations” from the group.

At this stage of his presidency, Reagan had completed 49 percent of the Heritage policy recommendations.

What’s more, he said, Trump hasn’t just focused on one agenda area, but he and his team has pushed through administrative moves on foreign policy, deregulation, immigration, tax reform and health care, moves often ignored by the media. 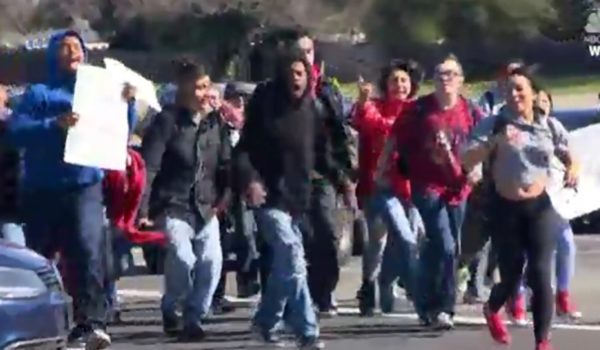 California: Students detained, arrested for violence at ‘anti-gun violence’ walkout
Next Post
Moon being prepared for relevance to human life; will get 4G network installation