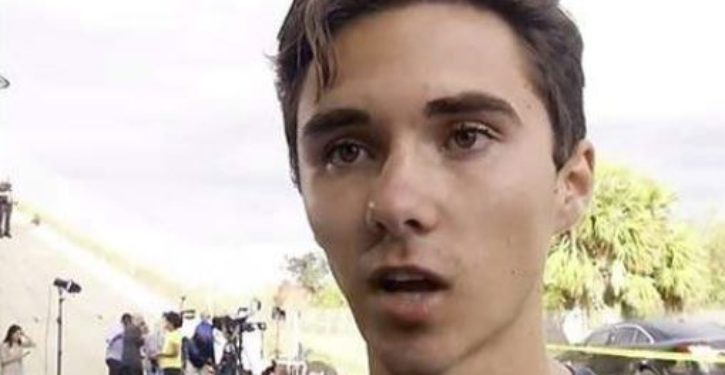 The Parkland survivor has chosen to insert himself into an important national policy debate. We who disagree with his views on guns have a duty to speak up against them.

David Hogg, the telegenic 17-year-old who survived the shooting in Parkland, is not a crisis actor, an FBI plant, or the secret brainchild of a Soros-backed CNN plot. He’s a political advocate engaged in a political debate, and he should be treated as such.

Since the multiple murders at Marjory Stoneman Douglas High School, Hogg has emerged as a sort of Schrödinger’s Pundit, whose status within the debate sits contingent upon his critics’ willingness to push back. The game being played with his testimony — by adults, not by Hogg — is as transparent as it is cynical. For ten days now, Hogg has been as permanent a fixture on the nation’s TV screens as anyone bar the president. In each appearance, he has been invited without reply to share his ideas on our public policy. This he has done, emphatically. Among the proposals that Hogg has advanced are that the most popular rifle in America be federally prohibited; that the NRA be regarded as a haven for “child murderers.”… 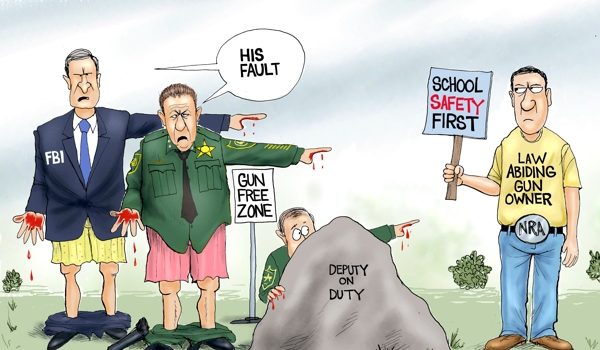 Cartoon of the Day: Amazing leader
Next Post
America doesn’t have a gun control problem. We have a white-people problem