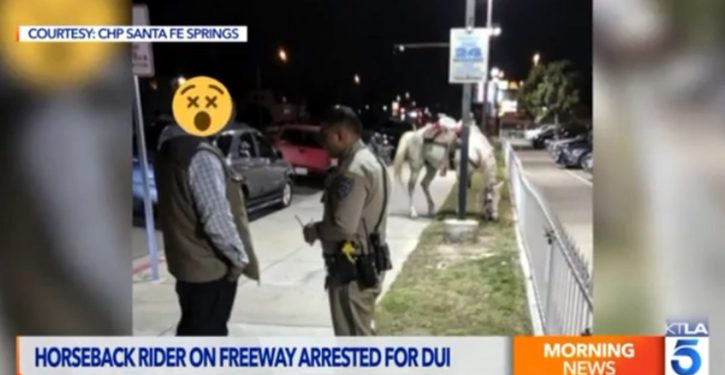 [Ed. – Every now and then we get one of these.  Looks like they did adjourn to where the horse could graze while this latest genius was being processed. You don’t want to mess with the 91. I’d slap him with animal cruelty too.]

A man who was riding a horse along the eastbound 91 Freeway in Long Beach during the early morning hours Saturday was arrested on suspicion of DUI, according to California Highway Patrol officials in Santa Fe Springs.

Luis Alfredo Perez was taken into custody about 1:30 a.m. on his 29th birthday, according to a CHP news release. …

Officers found him after he exited the freeway at the Downey Avenue exit and was riding into Bellflower. The officers gave Perez a field sobriety test and a preliminary alcohol screening device test, which showed a blood-alcohol level of more than double the legal limit. 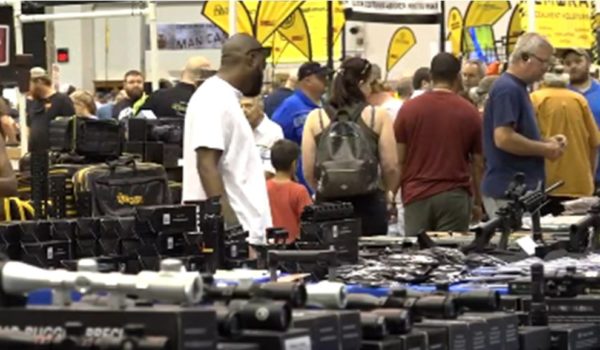