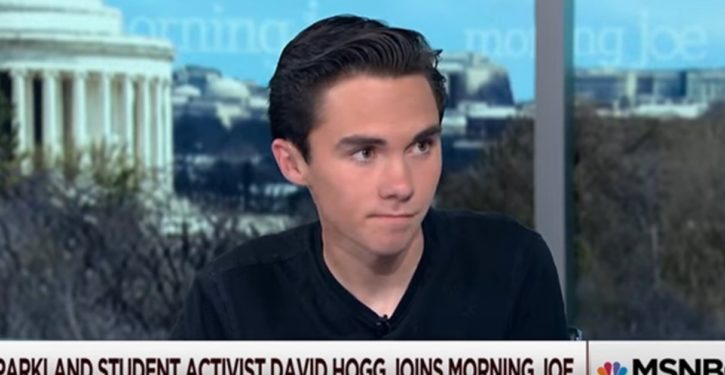 Hogg made the comments Sunday during a gun control rally held at Temple B’nai Abraham in Livingston, New Jersey.

The New York Daily News reports that Hogg said, “I’m not going back to school on Wednesday until one bill is passed.” He did not specify which law he wants most, only that he is not going back until at least one law garners the support of lawmakers.

He said, “Literally any legislation at this point would be a success. Considering the fact that so few legislators in Florida met with us and they want the people to forget, that’s disgusting. The fact that they want people to forget about this and elect them again as the child murderers they are, that’s unacceptable and we’re not going to let that happen.”

USDA: More than 35,000 retailers engaged in food stamp fraud over 3-year period
Next Post
FBI transcript: In Jan 2018, neighbor all but drew them a map of what Nikolas Cruz would do