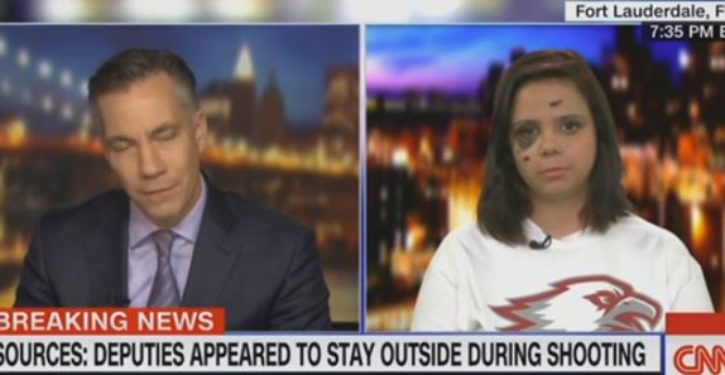 [Ed. – An addendum to this story. Samantha Fuentes is a student at Marjory Stoneman Douglas High School and survived last week’s massacre. She was interviewed by CNN’s Jim Sciutto]

SCIUTTO: Do you feel, because we’ve been learning about just other missed signals here, there were warnings about Nikolas Cruz before this. Do you feel let down not just by the school officer and the police, but other authorities, the FBI, the school district?

FUENTES: Absolutely. I can’t say that I’m not disappointed. And I’m not surprised either.

SCIUTTO: Goodness. Why aren’t you surprised?

FUENTES: Well, I mean, everyone in our school, including parents and teachers and faculty and students, everyone, has reported this kid. And we thought that we did everything in our power to get him off of school grounds, get him away from us, because he was a violent and malicious person. And that was obvious. And kids would even joke about how he was going to be the next school shooter. And as students we can only do so much. We thought that if we put it into the hands of the law and into the hands of our government it would be handled. But unfortunately as students now we have to take action because our government is failing us, our system is failing us, and we won’t be stopped. 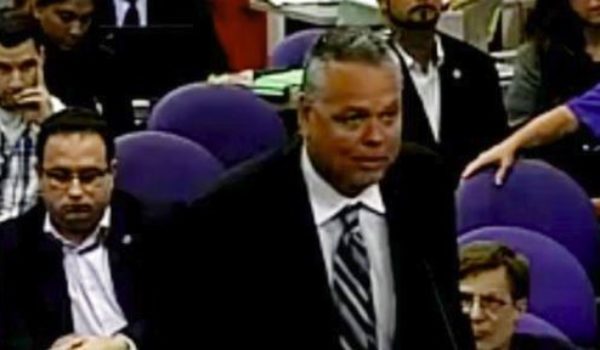