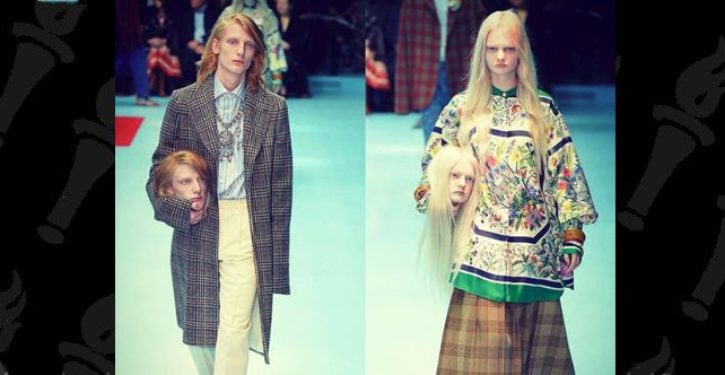 Fashion models carrying replicas of their own heads (Image via Instagram)

On Wednesday, the brand released its Fall/Winter 2018-2019 collection, produced under the creative direction of Alessandro Michele.

Michele pulled out all the stops, sending some of the models down the runway carrying severed heads that were exact replicas of their own.

These heads reportedly took six months to create and were made using molds from the models’ heads, according to Vogue. They were designed by techno-artisans in a factory in Rome. The Gucci runway had been designed to look like an operating room.

Some people seemed to love it, though they were definitely confused.

“Gucci severed heads… yeah I love it,” one commenter wrote on Twitter.

Gucci’s show contained a few other mysterious elements, including models carrying chameleons, snakes, and what appeared to be a baby dragon.