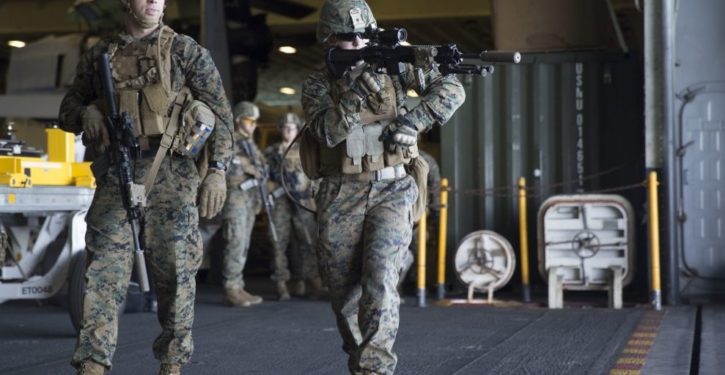 Marines of the 24 MEU on USS Bataan conduct an underway drill in early March (2017), on the way to the Med for their operational deployment. (Image: USMC, Cpl Autmn Bobby)

[Ed. – Scariest thing here? It’s not about women. It’s the guys who can’t hack the hikes.]

Faced with towering attrition rates, the Marine Corps has steadily modified its grueling Infantry Officer Course ― changes that top Marines say are not attempts to water down standards, but to more accurately replicate today’s real-world requirements.

Recent changes include the number of evaluated hikes required to pass the course, and the removal of the physically demanding Combat Endurance Test as a strict requirement to graduate.

Under the new requirements, only three of those nine hikes will be evaluated, and Marines will have to pass all three evaluated hikes in order to graduate.

The Corps in recent years has struggled to meet its goals in graduating an adequate number of new infantry officers. Attrition rates reached as high as 25 percent in 2014. But since implementing the new modifications, last year the Corps hit its target for the first time since 2008, Brig. Gen. Jason Q. Bohm, the commanding officer of Marine Corps Training Command, told reporters at a roundtable discussion Friday. …

[T]he Corps has struggled to adequately explain how its changes to the IOC are not an attempt to make the course easier, especially if one of the intended goals is to increase graduation numbers. 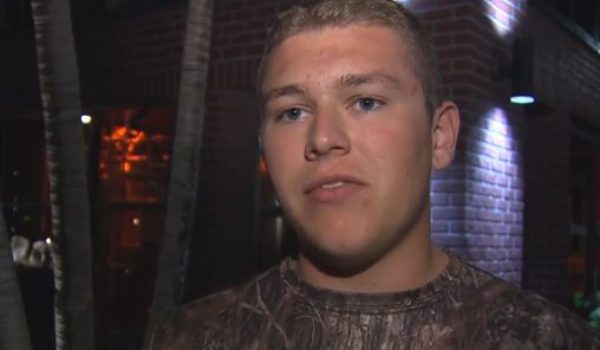