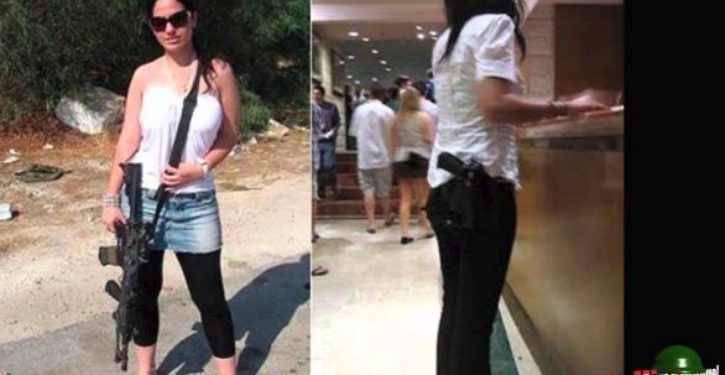 [Ed. – School teachers are themselves armed.]

Gun rights advocates contend that the way to stop mass shootings is by ensuring that there are always well-armed citizens present who can neutralize the shooter. As NRA chairman Wayne Lapierre always says, “The only thing that stops a bad guy with a gun is a good guy with a gun”. A bedrock of the NRA’s philosophy is that criminals will always acquire guns illegally, and draconian gun laws only render law-abiding citizens defenseless.

Enter Israel: When the knife intifada erupted in September 2015, the Israeli government’s response was to ease the process for the civilian populace to obtain weapons. After a particularly bloody Jerusalem shooting attack that killed four, then-Public Security Minister Gilad Erdan drastically changed the gun laws in order to significantly raise the number of armed civilians on the streets. Instantly, graduates of Special Forces units and IDF officers with the rank of Lieutenant and above were permitted to purchase guns at their will, security guards were allowed to bring their guns home after work, and the minimum age for a license was reduced from 21 to 18.