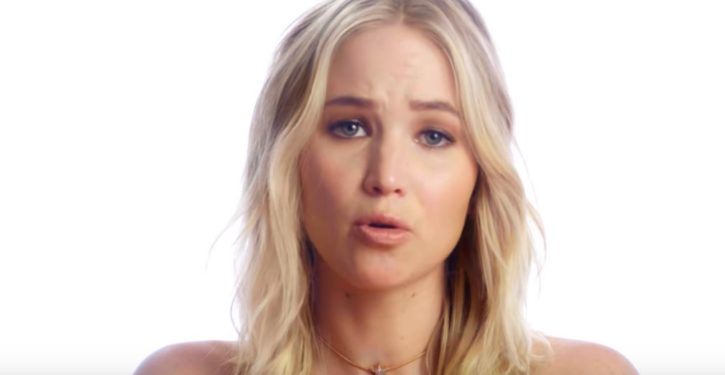 “Hunger Games” star Lawrence revealed her plans while promoting her latest movie “Red Sparrow,” sharing with Entertainment Tonight her ambitions to “fix” democracy in America while she takes a Hollywood hiatus.

“I’m going to take the next year off,” Lawrence outlined. “I’m going to be working with this organization as a part of (anti-corruption organization) Represent.US… trying to get young people engaged politically on a local level.

“It doesn’t have anything to do with partisan (politics). It’s just anti-corruption and stuff trying to pass state by state laws that can help prevent corruption, fix our democracy.”

Her decision isn’t out of the ordinary for the Oscar winner, who has taken more of a political standpoint in recent years.

Back in January, the 27-year-old shared a photo on Facebook showing her with celebrity pals Cameron Diaz and Adele taking part in the Women’s March.

“I stand in solidarity for Women’s rights, Equal pay, DACA (Deferred Action for Childhood Arrivals), CHIP (Children’s Health Insurance Program),” she captioned the picture, in which she’s holding a sign that reads: “A woman’s place is in the revolution.”