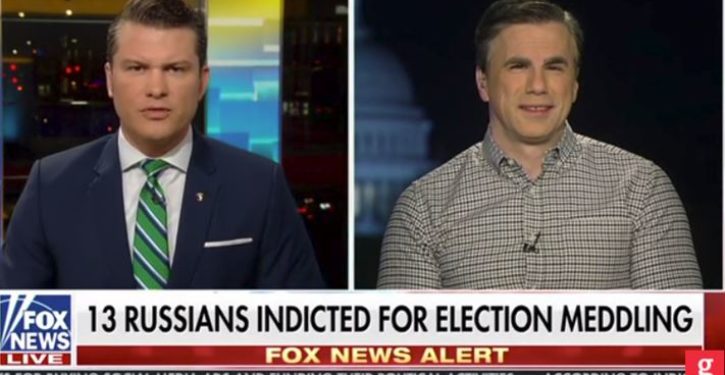 Fitton: Why isn’t this justice Department looking into the abuse of the FISA process? Look, the Russians were trying to make it clear to the Clinton camp that they had dirt on trump and they were going to use it against him and all of that was false trump was victimize you had. And the FBI, rather than protect him, use you had it as a prey text working with the Clinton campaign to target him under the corrupt investigation. This Russian indictment shows the Russia collusion scandal is over.

Sen. Bill Nelson’s post-shooting rant is reminder of Dems’ bait and switch on ‘gun control’
Next Post
LeBron James’s message for Laura Ingraham: No, I will not act like an adult