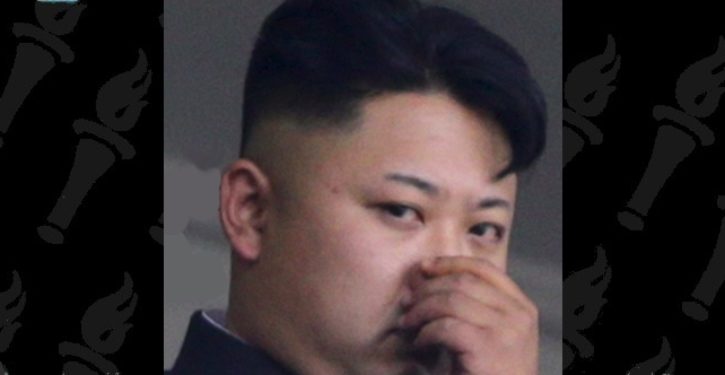 [Ed. – Such a way with words.  Reminds me of the old FBIS days, when the intelligence watchstanders would entertain everyone by reading the crapola puked out by the old Kim Il-Sung regime (and the Castro regime, for that matter).  It hasn’t changed in all these years.]

North Korean state media claimed in an article Friday that President Donald Trump’s policy agenda of “America First” is “queer” while also accusing him of “extremely vicious racism” in his first State of the Union address.

“In his State of the Union address, he spat out the sophism that ‘we are one team, one nation, and one family,’ but such an utterance is as queer as the attempt of a toad to fly in the sky as he made the U.S. seethe with hatred and anger by dint of his harsh migrant policy and extremely vicious racism in the past one year of his reign,” read an editorial in the propaganda outlet Pyongyang Times. …

Last week, another state newspaper Rodong Sinmun also criticized Trump’s State of the Union address, arguing that he has a “nasty smell” and a “dirty body,” and that he should “urgently be sent to a lunatics asylum.”