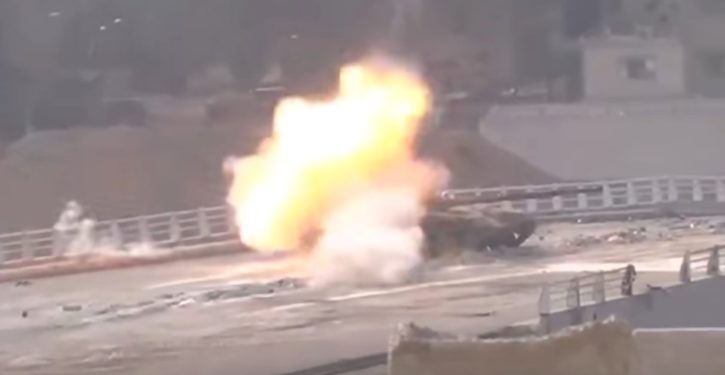 [Ed. – This was on the east side of the Euphrates, where the Syrian regime forces aren’t supposed to be. That said, the trend is worrisome here.  Iran, Russia, and Syria can all safely calculate that it will be politically more difficult for the U.S. to escalate combat engagements in eastern Syria than for them to.  It’s way past time for us to decide what we’re there for.]

A US jet operating in Syria destroyed a Russian-made T-72 battle tank near Al Tabiyeh, Syria, on Saturday, a Pentagon representative confirmed to Business Insider on Tuesday.

“The tank had been maneuvering with coordinated indirect fire on a defensive position occupied by Syrian Democratic Forces and Coalition advisers,” US Marine Corps Maj. Adrian J.T. Rankine-Galloway said, adding that the SDF’s “position was within effective range of the hostile weapons systems.” …

Fox News’ Lucas Tomlinson first reported the news of the tank’s destruction and said three crew members were killed, though their identities and affiliations were unclear. Tomlinson said the tank was destroyed after “pro-regime forces” fired on US special operations troops near the location where 500 pro-government forces attacked a headquarters used by SDF and US troops last week.

JUST IN: US jet destroys Russian T-72 battle tank in E Syria in 'self-defense' Saturday after 'pro-regime forces' fired on US special ops and allied Syrian fighters near same location of last week's attack, officials say. No US or allied casualties. 3 inside tank killed. 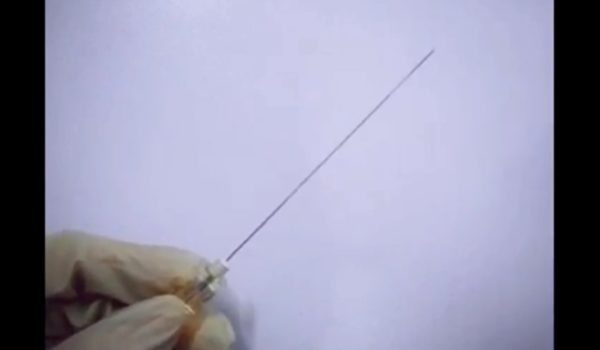