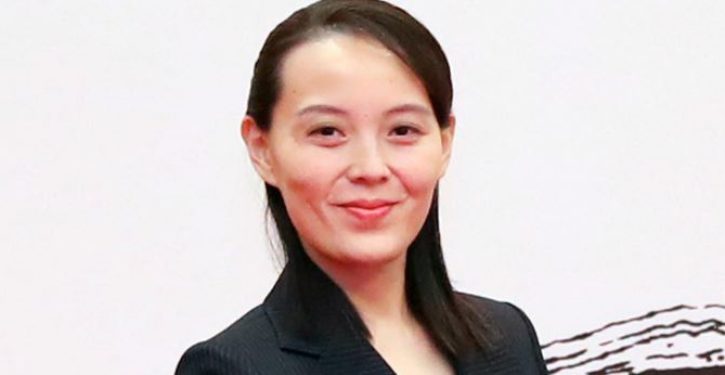 If “diplomatic dance” were an event at the Winter Olympics, Kim Jong Un’s younger sister would be favored to win gold.

With a smile, a handshake and a warm message in South Korea’s presidential guest book, Kim Yo Jong has struck a chord with the public just one day into the PyeongChang Games.

“I hope Pyongyang and Seoul get closer in our people’s hearts and move forward the future of prosperous unification,” she said in her guest book message, referring to the capitals of North and South Korea.

Seen by some as her brother’s answer to American first daughter Ivanka Trump, Kim, 30, is not only a powerful member of Kim Jong Un’s kitchen cabinet but also a foil to the perception of North Korea as antiquated and militaristic.

But as North Korea’s brutal dictator, Kim’s brother has ruled with an iron fist since coming to power, operating Nazi-style prison camps, repressing political opposition and even executing senior officers and his own family members in an effort to consolidate power.

Former State Dept. official: I fed oppo research from Sidney Blumenthal to Christopher Steele
Next Post
Transgender ideology is riddled with contradictions: Here are the biggies