[Ed. – Considering the source, the overall claim can probably be taken with a grain of salt. Then again, it is possible a race war is brewing.]

Anthony Prudhomme was slain by members of the Avenues, a Latino street gang. But he was not a rival gang member, or a police informant, or a drug dealer. The Avenues did not target him for the content of his character, or even the contents of his apartment.

They targeted him for the color of his skin.

Prudhomme was murdered because he identified himself as black (he was in fact mixed-race) in a neighborhood occupied by one of the many Latino street gangs in Los Angeles County.

A comprehensive study of hate crimes in Los Angeles County released by the University of Hawaii in 2000 … found that in areas with high concentrations, or “clusters,” of hate crimes, the perpetrators were typically members of Latino street gangs who were purposely targeting blacks.

Furthermore, the study found, “There is strong evidence of race-bias hate crimes among gangs in which the major motive is not the defense of territorial boundaries against other gangs, but hatred toward a group defined by racial identification, regardless of any gang-related territorial threat.” 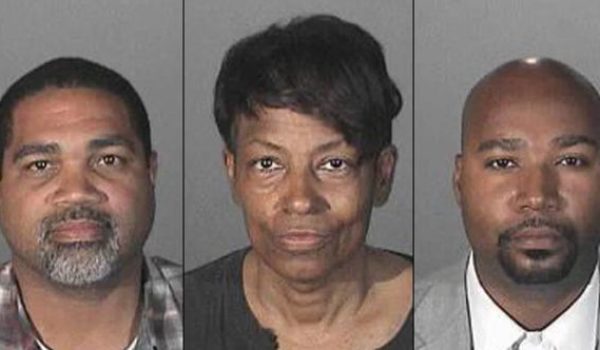 Kamala Harris aide, 2 others arrested after allegedly running fake police force in Santa Clarita
Next Post
Comey forced to tell Congress about Weiner emails only because DOJ Official found out about them