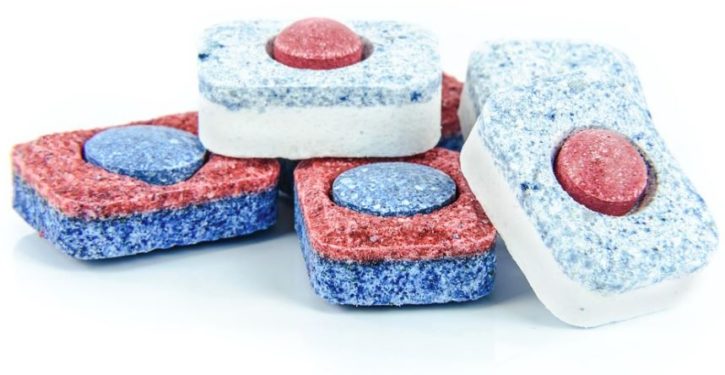 [Ed. – The effect will be to make Tide Pods ‘forbidden fruit’ and, therefore, more appetizing than ever.]

A pair of New York Democrats have introduced a bill in the New York State Assembly that they say is necessary to combat the consumption of Tide Pods. The bill would require the pods to be packaged in a uniform color, as well as requiring each pod to be individually wrapped in plastic complete with a warning label.

Teenagers and some young adults have started an internet trend called the “Tide Pod challenge,” in which they post videos online of themselves with Tide Pods in their mouth.

Although the source of the problem is clearly the fact that reckless stupidity can get you internet fame, New York state Sen. Brad Hoylman and Assemblywoman Aravella Simotas — both New York City Democrats — believe that the problem is that people somehow do not understand the danger associated with swallowing commercial cleaning products, or perhaps that Tide Pods actually look appetizing to some people because of their colorful design.

According to the American Association of Poison Control Centers, there have been over 80 cases of intentional misuse of Tide Pods reported in 2018, up from only 53 cases in all of 2017.