Now they tell us. More than a year after President Obama left office, a journalist is finally revealing a photograph he deliberately hid from the American public for well over a decade, for the explicit purpose of shielding Obama from political backlash. Talking Points Memo has the details, including the story of a ‘panicked’ phone call placed by a Congressional Black Caucus representative… desperate to prevent the photo from going public:

A journalist announced last week that he will publish a photograph of then-Illinois Sen. Barack Obama (D) and Nation of Islam leader Louis Farrakhan that he took in 2005 at a Congressional Black Caucus meeting, but did not make public because he believed it would have “made a difference” to Obama’s political future. The photographer, Askia Muhammad, told the Trice Edney News Wire that he “gave the picture up at the time and basically swore secrecy.” “But after the nomination was secured and all the way up until the inauguration; then for eight years after he was President, it was kept under cover,” Muhammad said. Asked whether he thought the photo’s release would have affected Obama’s presidential campaign, Muhammad said, “I insist. It absolutely would have made a difference.” 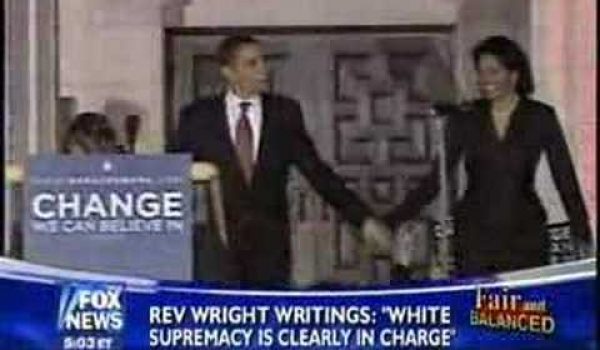