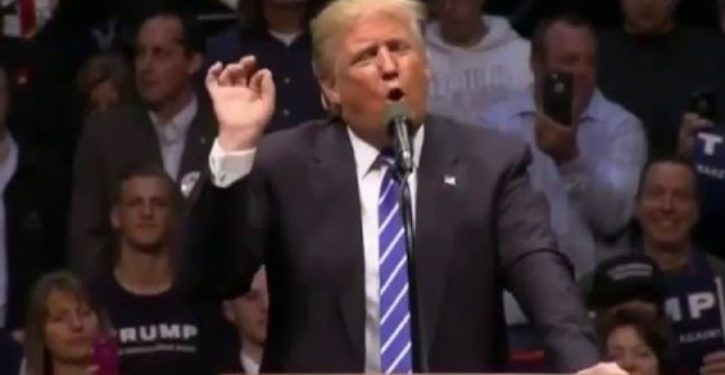 There’s an old truism that says that Republicans win elections but Democrats win policy fights. I was reminded of this adage last week when President Trump hosted a televised negotiation session with congressional Democrats in which he seemed to concede everything on the issue of immigration — with nothing in return.

It’s difficult to know what Trump was trying to say because, as usual, he was speaking out of both sides of his mouth. He seemed to be saying that he was willing to do just about anything to pass Deferred Action for Childhood Arrivals (DACA), though he humbly requested a few very negotiable conditions in return. Never before have I seen a president whose party controls both houses of Congress dealing from such a position of weakness. It was embarrassing.

I struggle to see how things would have turned out any differently if Jeb Bush had been elected president. At least if we had elected the loathsome Bush brother we wouldn’t have a president who is also a member of the WWE hall of fame.

At one point in the meeting Senator Dianne Feinstein (D-Calif.) posed a question that was moronic on its face. “What about a clean DACA bill now with a commitment that we go into a comprehensive immigration reform procedure?”

That sounds quite reasonable. Why don’t we just give the minority party its greatest wish on the condition that we haggle later over “comprehensive immigration reform?” That handy phrase is just code for an even broader amnesty. Where exactly is the up side to this deal for anyone who isn’t enamored of the idea of being swamped with even more of the third world’s problem children?

Give us what we want now and in return we’ll have talks about how you can give us even more of what we want later.

Not to be outdone, President Trump deftly replied: “We’re going to come up with DACA, we’re going to do DACA, and then we can start immediately on phase two which would be comprehensive.”

“Phase two” will never happen if it isn’t part of this bill. It has to be quid pro quo, not one side’s quid for a very unlikely quo at an unspecified later date.

The Democrats have been running this scam since time immemorial and it always turns out the same way. Republicans capitulate on everything in return for a promise that Democrats will yield on something else later. Democrats always break their promises and pat themselves on the back for doing so.

When this group comes back, hopefully with an agreement, this group and others, from the Senate, from the House, comes back with an agreement, I’m signing it. I mean, I will be signing it. I’m not gonna say ‘Oh gee, I want this’ or ‘I won’t sign that.’ I’ll be signing it because I have a lot of confidence in the people in this room that they’re going to come up with something really good.

Forgive me if I don’t have the same confidence. For starters, half of Congress is committed to an electoral strategy of bringing in wards of the state by the boatload. Also, Trump’s own statement demolishes the other half’s negotiating position from the start.

What Trump is essentially saying is that he will sign anything. He will demand nothing in return and he won’t use the power of an impending veto as leverage. He’ll just trust everyone to do the right thing.

That’s not “winning,” which is what this man promised. It’s unconditional surrender.

My only consolation is that the president has gifted me an “I told you so” moment. I knew this man had no principles and I said as much. Caving to the Democrats was not a question of if but when.

If Trump [is] elected president … nothing will change in this country in regard to immigration, illegal or otherwise. The lawless open border will remain lawless and open, the Border Patrol we pay to pretend they’re enforcing the law will continue to play make-believe, and the rule of law will continue to be a big joke. Don’t believe me? Donald Trump admitted in the same FOX News interview that his policy would be a continuation of his two predecessors. ‘What people don’t know is that Obama got tremendous numbers of people out of the country. Bush, the same thing. Lots of people were brought out of the country with the existing laws. Well, I’m going to do the same thing.’

For making this accurate prediction I was accused of being an amnesty shill, a despicable Never Trumper, and a corporate lackey — none of which is true. I’m as tough as anyone on the question of illegal immigration. The law is the law and illegal aliens broke it. Send them all home.

With regards to legal immigration, I am a firm believer that we Americans should be able to pick our immigrants based on our best interests, not what’s best for our prospective guests. My criteria would exclude anyone who is likely to land on the welfare rolls or to displace an American worker.

The backlash I experienced was intense enough to make me wonder if conservatives were falling prey to the same cult of personality so common among liberal Democrats. People on “my side” were matching the Democrats’ foolish idolatry with their own.

It wasn’t as if our only choice was between Trump and an actual amnesty shill like Lindsey Graham. We could have nominated, for example, Senator Ted Cruz, who is also not a member of the WWE Hall of Fame. Cruz led the revolt against the lousy Gang of Eight “pathway to citizenship” deal.

Unfortunately, all of the concerns that have been repeatedly raised about this bill remain: it repeats the mistakes of the 1986 immigration bill; it grants amnesty first; it won’t secure the border; and it doesn’t fix our broken legal immigration system.

In other words, the Gang of Eight bill was a dud because it contained all of the same elements that we’ll likely see in whatever bill comes across Trump’s desk this year. The only difference is that Trump will sign the 2018 version of the Schumer-Rubio monstrosity. He’ll sign anything.

Amnesty now in exchange for the faint possibility of enforcement later? Sold!

The reason we’re in this no-win situation is because some conservatives have succumbed to one of humanity’s worst vices: idolatry. After eight horrible years of Barack Obama they were looking for a messiah and they found one in a shady businessman and life-long liberal Democrat named Donald J. Trump. This was a man who bragged of hiring illegal aliens, donated to Hillary Clinton and Charlie Rangel, and reveled in praise from Al Sharpton.

This idolatry was never more apparent than when one of my favorite political writers, Ann Coulter, published a book titled “In Trump We Trust: E Pluribus Awesome.” Although I have read nearly all of her previous books I passed on this one. The title was an obvious takeoff on the national motto but with Trump’s name blasphemously replacing God. Has there ever been a more ridiculous title? Trump is not my God, and I don’t consider trust in politicians to be a virtue. Ann’s fan girl enthusiasm was repellent.

Luckily, she seems to be coming around. In her most recent column she expressed some misgivings.

If there is a silver lining, it’s that this isn’t the first time Trump has sold out the base. He did it in the March 2016 GOP debate; in his ‘Hannity’ interview in August 2016; in the meeting with tech leaders at Trump Tower in December 2016; and in his meeting with Nancy Pelosi and Chuck Schumer last year.

I’m glad she was keeping tally of the number of times Trump sold his supporters down the river because I had lost track. By her account this most recent surrender was the fifth time he had insinuated that he was just kidding about all that immigration stuff. Two of those times happened before the election so she can’t credibly claim to have been duped.

And yet she was one of Donald Trump’s leading cheerleaders, seemingly oblivious to the fact she was being lied to. For the life of me I can’t explain how an Ivy League-educated lawyer like Ann Coulter could have been so naïve.

All I can say is that I warned her. She should have known that Donald Trump operates based on interests rather than principles. He’s a living, breathing example of why principles are so important. It isn’t enough for a candidate to say the right things, he has to mean it.

Donald Trump clearly didn’t and for that we’re all worse off. 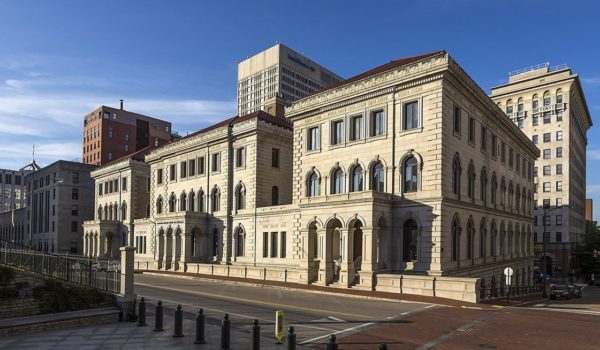