[Ed. – The explosive Politico article from December 2017 is referenced here.]

The U.S. Justice Department has set up a team to investigate individuals and organizations providing support to Hezbollah, the Iran-backed Islamist group in Lebanon that the U.S. has branded a terrorist organization, Attorney General Jeff Sessions said on Thursday.

Sessions said the Justice Department will assemble leading investigators and prosecutors for the Hezbollah Financing and Narcoterrorism Team to ensure all investigations under the DEA program, called Project Cassandra, will be completed. 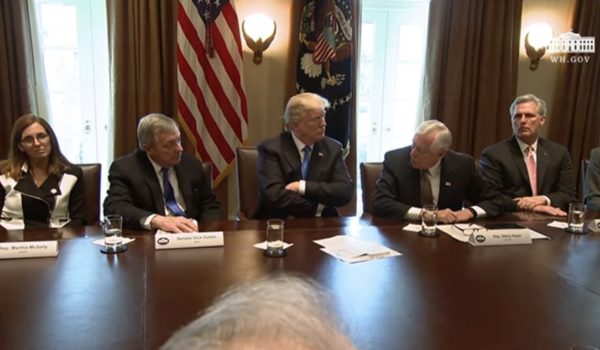 Jake Tapper: So, no, Trump didn’t actually say Haiti is a sh**hole
Next Post
London mayor happy Trump ‘got the message’ he’s not welcome there