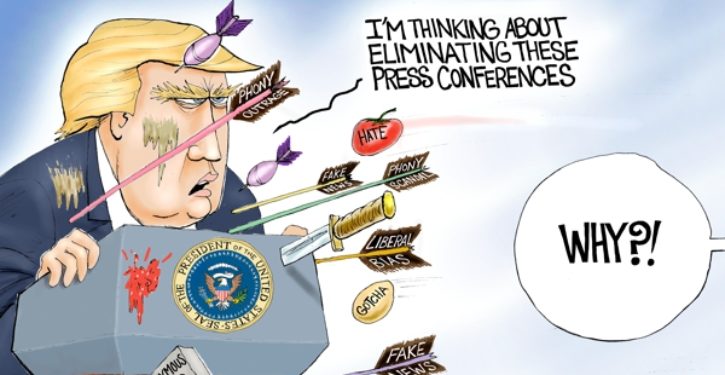 [Ed. –  They must have missed Obama spying on the AP newsroom and reporter James Rosen.]

The Committee to Protect Journalists named President Trump as the winner of its “Overall Achievement in Undermining Global Press Freedom” award in its “Press Oppressors” awards Monday.

“While previous U.S. presidents have each criticized the press to some degree, they have also made public commitments to uphold its essential role in democracy, at home and abroad,” the committee wrote.

“Trump, by contrast, has consistently undermined domestic news outlets and declined to publicly raise freedom of the press with repressive leaders such as Xi [Jinping], [Recep Tayyip] Erdoğan, and [Abdel Fattah al-]Sisi.”

Trump was also named the runner-up in the “Most Thin-skinned” category, losing the top spot to Turkish President Erdoğan.

“He regularly attacks outlets and individual journalists on Twitter and in speeches, calling them ‘sad,’ ‘failing,’ or ‘garbage,’ ” the committee wrote of Trump. “Since declaring his presidential candidacy in 2015, Trump has posted about 1,000 tweets critical of the press.”

The ‘mental health’ talk against Trump is nothing less than an attempted coup: Let’s treat it that way
Next Post
Leaked memo from Hillary aide says Dreamers ‘critical’ to Dems’ ‘future electoral success’ 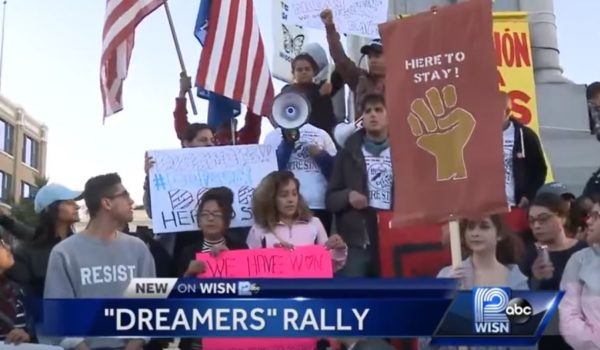