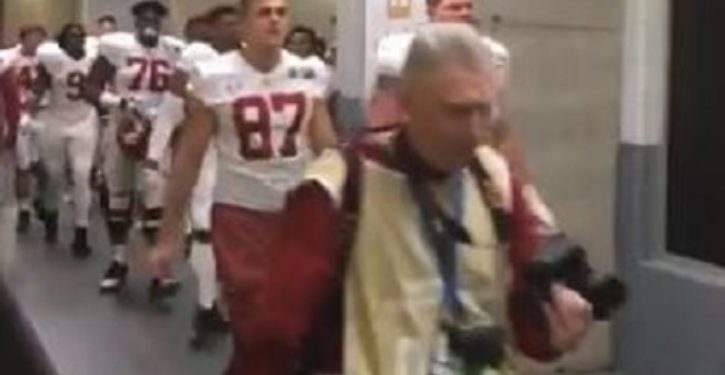 While the fans went wild, not everyone was happy about President Trump’s appearance at the NCAA football National Championship game.

Video tweeted by the Sporting News shows Alabama running back Bo Scarbrough yelling “F*ck Trump!” as players made their way to the field in Atlanta.

Meanwhile, in the stadium, Trump received a very different response.

President Donald Trump was greeted with a booming chorus of cheers mixed with some boos as he took the field Monday for the national anthem ahead of the college football title game between Georgia and Alabama.

The president, flanked by military members, stood near the 40-yard line with his hand on his heart as the anthem played. Another wave of cheers and jeers followed him as he left the field.

Scarbrough isn’t the only classless player on the championship-winning team. 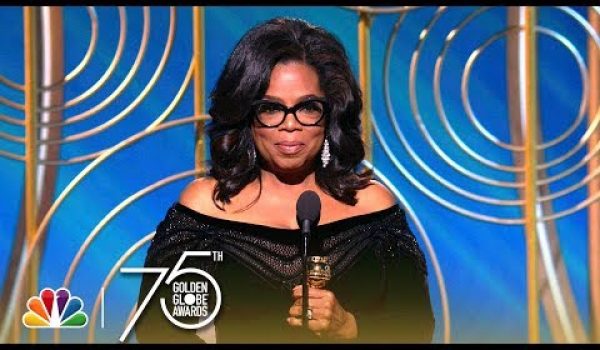 Get a grip, people: Oprah should not run for president
Next Post
Let’s not forget who was ‘like, really smarter’