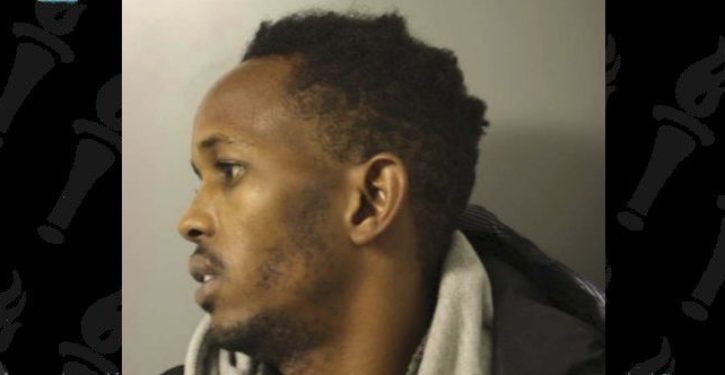 A Burlington man faces attempted murder charges after allegedly attacking a woman with a machete. …

That female, was a 73-year-old Meals on Wheels volunteer who was dropping off meals on the regular route. It is unclear what provoked the attack, but police say 32-year-old Abukar Ibrahim was the one with a machete. He attacked the woman who sustained multiple injuries. She was sent to the hospital, and later released.

“He barricaded himself in the room. After two and a half hours, he came out on his own,” said Corporal [Jon] Marcoux [of Shelburne Police]. …

“I think anytime you put a lot of people in a place, not necessarily Harbor Place, but any place, the more contact people have with others, especially under trying circumstances, I think generates more calls,” he said.